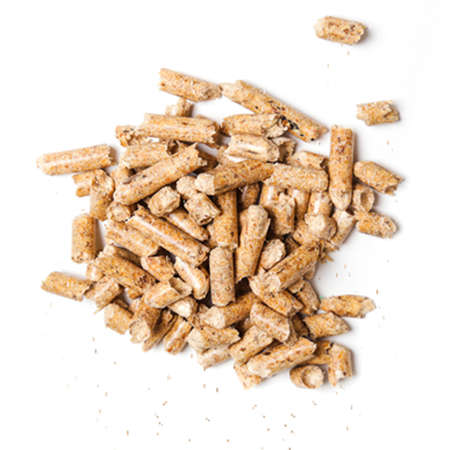 Posted at 21:58h in News by Animal Poisons Centre

The Australian Animal Poisons Centre receives many calls for help regarding rat poison and dogs. In fact, over the first quarter of 2020, rodenticides have been the most common reason for calling our centre. Whilst there are a range of rodenticides available, the most common type by far that dogs are exposed to in Australia are anticoagulant rodenticides. Rarely, we may be consulted about rodenticides that contain other poisons such as vitamin D, metal phosphides or strychnine.

Anticoagulant rat baits work by preventing the blood from clotting. They inhibit the production of several clotting factors, which can result in bleeding. When a dog eats rat poison, the toxic effects are typically delayed, and symptoms are usually not evident for at least several days.

In Australia, rat baits come in many different shapes and sizes. Common formulations are pellets and wax blocks, but they also come in soft baits, grains and liquid preparations. They often contain a bittering agent to discourage ingestions, but this does not seem to stop dogs from eating large quantities! The most common rat baits found in Australia are anticoagulants such as brodifacoum or bromadiolone. There are of course many others, which all have varying degrees of toxicity in dogs.

What to look for?

Symptoms of rat poisoning in dogs are not typically evident for several days and in some cases can be delayed by a week or more. If your dog ate rat poison, signs can vary dramatically and will depend on the location of bleeding. Signs may include bleeding from the gums, blood in the stool (or black tarry stool), blood in the urine, lethargy, weakness, coughing, shortness of breath, seizures, difficulty walking and potentially sudden death. There may be no obvious symptoms immediately prior to the development of severe or life-threatening poisoning. We NEVER recommend waiting for symptoms before seeking treatment.

The box says to give Vitamin K

It is true, vitamin K is antidotal for anticoagulant rodenticide poisoning. This is because the clotting factors that these poisons inhibit are vitamin K dependent. However, vitamin K is not given in all cases and is only available through your veterinarian. If the ingestion is recent, sometimes having a veterinarian make your dog vomit early will be enough to prevent toxicity. If your dog develops impaired blood clotting, prolonged courses of vitamin K (at least 2-4 weeks depending on the active ingredient in the rodenticide) are usually required.

Is it possible for my dog to get poisoned by eating affected rodents?

Rat poisoning in dogs, that is by eating poisoned rodents can theoretically result in toxicity. The risk of your dog ingesting enough anticoagulant poison from a single feed of a poisoned rodent is low, and poisoning is more commonly seen in animals that feed repeatedly on poisoned rats or mice. The actual risk will depend on active constituent of the bait and the amount of bait in the rodent’s gastrointestinal tract and liver.

Rat poison in dogs: The prognosis

The outcomes from ingestion are highly dependent on how quickly the animal is treated. For those animals that receive timely gastrointestinal decontamination and vitamin K (where indicated); the prognosis is generally good. For those animals that present to the veterinary clinic late with established bleeding, the prognosis can be fair to guarded depending on the site and extent of the bleeding.

So my dog ate rat poison, what do I do?

The first thing to do is remove any remaining bait material from your dog’s mouth. This can be followed by wiping out or gently rinsing the mouth with water. You should then obtain any packaging that is left which will help identify the bait. If you are in Australia or New Zealand, call the Animal Poisons Centre on 1300 869 738 or 0800 869 738 respectively, or your vet, for a tailored risk assessment and further advice. The risk of poisoning will depend on the amount of bait your dog has ingested, the active ingredient, the concentration of active ingredient in the bait and the size of your dog. We can rapidly determine if your dog will be at risk of poisoning, and in these cases will recommend urgent veterinary assessment. You should contact us even if your dog looks completely well. Symptoms are usually delayed, especially with the anticoagulant baits, and can be more difficult and expensive to treat once the animal is unwell.