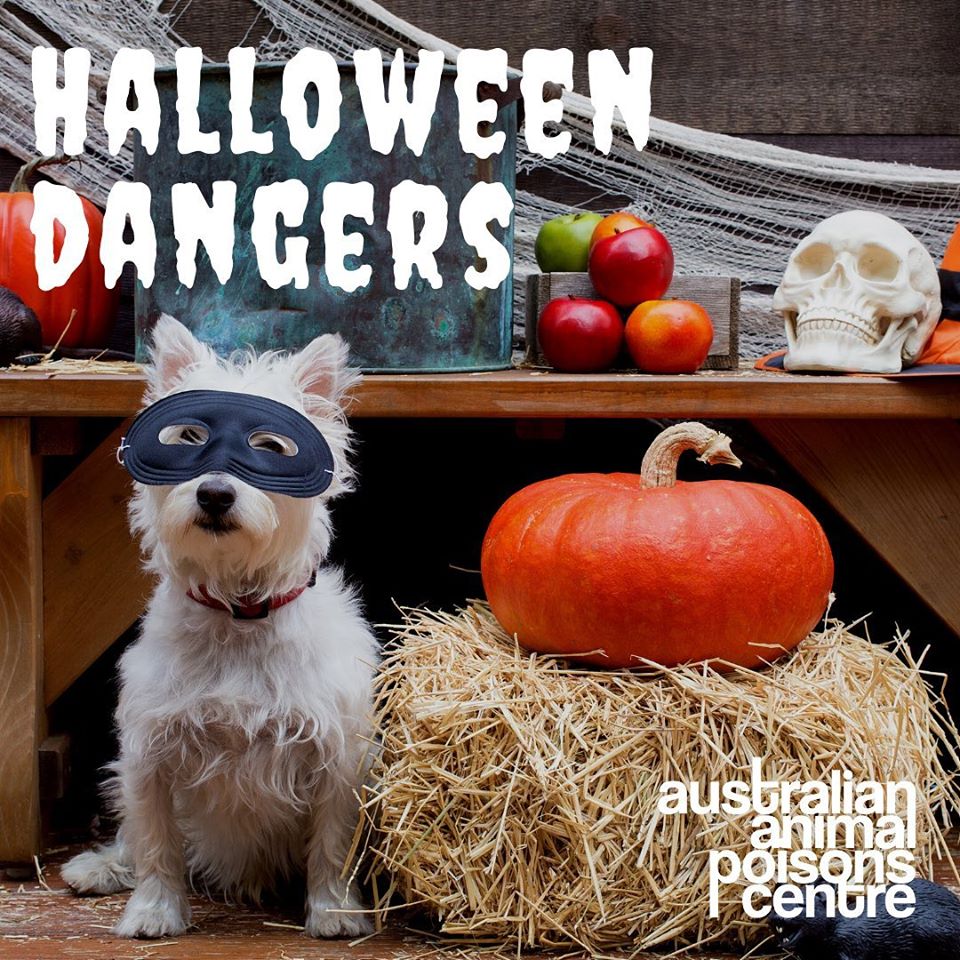 Posted at 11:06h in News by Animal Poisons Centre 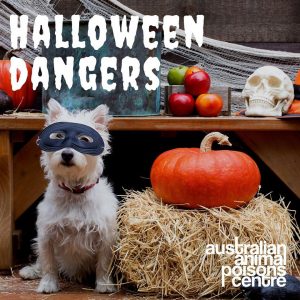 With more and more Australians participating in Halloween, the Animal Poisons Centre warns pet owners about the following Halloween dangers.

Glow sticks
Glow sticks are popular during trick-or-treat and pets, especially cats find these glow sticks fun as well. They contain irritants such as Dibutyl phthalate, and typical ingestions are unlikely to result in toxicity, they can result in vomiting and diarrhea.

Chocolate
Contains theobromine which is toxic to dogs. The toxicity is dependent on the type of chocolate ingested, the amount ingested and the size of your dog. Darker chocolate is more dangerous than milk chocolate. White chocolate has minimal levels of methylxanthines, while baking chocolate contains the highest amounts.

Xylitol
This sweetener is used in lollies, chewing gum, and other sugar-free confectionary.
Xylitol causes insulin release in dogs and result in liver damage. Initial signs of toxicity include vomiting, lethargy and loss of coordination.

Grapes, Sultanas, Currants and Raisins
These can cause kidney failure in dogs. The cause is unclear, however symptoms include repeated vomiting and lethargy. If your dog has a habit of stealing food off the table, be sure to put dried fruit out of reach.